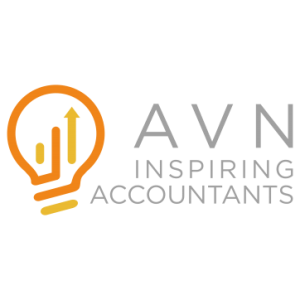 Helping accountants get their lives back

Technology won’t ruin your Practice, your decisions will. 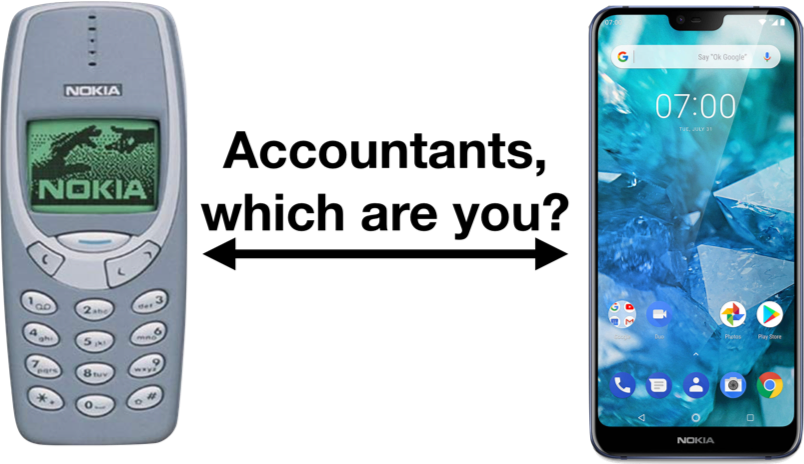 There are many Accountants offering services to their clients and prospects.

Some would be best described as Traditional and some Forward Thinking.

Here’s a great method used by many AVN Members of illustrating the difference and where they sit.

This fairly outdated Nokia makes phone calls and texts which is a fundamental aspect of what you would want from a phone. It represents the Traditional Accountant who provides the basic services you might expect from an Accountant.

Then there’s the modern smartphone, it too provides the basic services that you might expect but it provides so much more too doesn’t it? Most of us would choose to have constant access to this phone rather than the other. The same applies to the Forward Thinking Accountant who in addition to the obvious provides so much more.

As is often the case, some claim to be forward thinking accountants because it sounds good as does being proactive but when challenged on the definition, few can provide a meaningful explanation yet alone meet the standard.

Too many accountants fall into the traditional camp whether they want to be there or not; simply because they’re not consciously deciding to adapt to the times.

Some business owners will still want a traditional accountant, even in the years to come but these will represent a minority if too many accountants remain traditional their Accountancy Practice will die.

Let’s take a look at the difference between a Traditional Accountant and a Forward Thinking Accountant.

A traditional Accountant spends their time on the tools as it were, they’re focused on delivering the core service of compliance work and they’re deeply involved in doing this themselves and double checking the work their employees do for them.

Conversely, the forward-thinking accountant is helping their clients grow their business and as a consequence changing lives, they feel a greater sense of fulfillment, they spring out of bed every morning knowing that they will be making a profound difference to people’s lives.

A business owner can easily replace someone who is simply performing a function that any other accountant can perform, the business owners will seek out the cheapest alternative and have no obligation to that accountant when they decide to consider their options.

The default position for a traditional accountant is to take on any client, large or small and allow themselves to be negotiated down to rock bottom fees – because they’re seen as delivering a commodity. This means that they have to work with a high volume of clients in order to achieve an acceptable income. They’re overworked.

Forward-thinking accountants have a different mindset, their clients don’t care who in their Accountancy Business produces the work; they’re interested in getting the work produced and then having meaningful conversations. Forward-thinking accountants ‘let go’ and delegate work so that they have the freedom to choose their role, most often the preference is in delivering Business Advisory solutions to clients.

Traditional = All things to all people, Forward thinking = Rigid on ideal client profile

Forward-thinking accountants take the time to work out who they love to work with, what type of business or what type of circumstances they can best apply their skills to and most importantly, what type of personality do they enjoy working with the most and make the decision that they will only work with those people, they will happily refer on any other type of client that comes their way.

The future looks bleak for traditional accountants, the rate of change in technology, legislation, and the environment, in general, is rapid. The new strain of entrepreneurs want and need a lot more from their accountants. Forward-thinking accountants are excited about what the future holds, they’re tapping into the likes of AVN to help them develop an Accountancy Practice that will thrive in the decade of the 2020s and beyond.

Which camp do you currently fall in to, and which will you decide to be in going forward?

I'm in the business of choice improvement. I believe a business should work for the business owner, not the other way around. Too many business owners feel they have no choice but to keep their nose to the grindstone at the expense of family, friends and health. I work with business owners to change that. Since 1998 I've worked with accountants developing powerful tools and resources that have successfully helped deliver much more value for much more deserving fees. As a consequence they work less hours, earn better incomes and create better environments for their teams. I train and coach accountants to provide better business advisory support to their client. Making 'Making a Difference' become the main focus of the accountancy practice rather than purely producing accounts.